It’s All In London’s answer to the Tatler List – here are our favourite Londoners and the reasons why we like them so much. 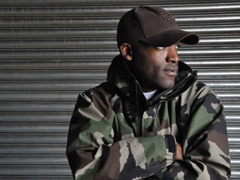 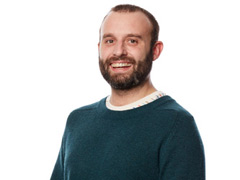 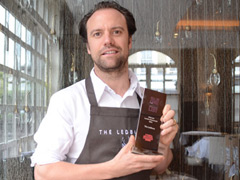 Rodney P
He’s the godfather of UK hip hop, having spearheaded British rap since the mid-80s, first as part of London Posse before going solo and collaborating with people as diverse as Bjork, Roni Size and Dub Pistols. He’s also politically outspoken and passionate; his blog’s tagline is “Of the people, for the people”. Speaking ahead of a performance at the Big Noise Festival (that’s the music festival organised by the Big Issue), he told us that “there should not be people sleeping on the streets in a country as rich as this one, but there are, and because there are it’s important we always take a moment to highlight issues like this, we can’t just try and brush that away and pretend it’s not really happening, because it is.”

James Buckley
Fans of The Inbetweeners rejoice - a sequel to The Inbetweeners Movie is about to be released next month. If we had to pick a favourite character it would be foul-mouthed, sex-mad pathological liar Jay, played by James Buckley. He’s also directed (and appeared in) a music video for soul-influenced band The Milk, made a movie with Shia LaBeouf, and is a diehard Crystal Palace supporter. Happily, when we interviewed him in June he turned out to be as funny as his character.
\n\nColin Chester
Does Colin Chester have one of the best jobs in London? We think so, as he’s in charge of creating the collections sold by the National Gallery shops, which are based on the museum’s exhibitions. In a nutshell his job means he gets to read Vogue and decide what items to commission based on paintings by Rembrandt, for instance. It is in no small part thanks to him and his team that the gallery remains free. “I think we delivered something along the lines of £1 million worth of profit back into the gallery last year”, he told us. “I think the important thing to remember is that no matter which government is going to be in power, arts cuts are likely to continue and the challenge for us is to ensure that we always have the most commercial range because we need to drive as much revenue as possible.” Check out our interview with him here.

Camila Batmanghelidj
And now for some serious stuff. The UK, despite being one of the world’s richest countries, is frequently at the bottom of the list when it comes to children’s welfare. If you’re not familiar with Camila Batmanghelidj’s charity Kids Company, who provide support to vulnerable children, you may recognise her as the larger than life (to use a hackneyed phrase) woman with the colourful turban.
After the 2011 riots when youths rampaged and looted through their own neighbourhoods, many waded in with their opinions, but few spoke as much sense as Camila. “How, we ask, could they attack their own community with such disregard?” she wrote in The Independent. “But the young people would reply ‘easily’, because they feel they don't actually belong to the community. Community, they would say, has nothing to offer them”. This summer Kids Company launched a campaign entitled See The Child. Change The System, with the aim of garnering public support for child protection services to be overhauled, relieving the pressure on a system that’s currently in crisis. “The NSPCC talks about hundreds of thousands of maltreated children of whom only a fraction are being helped, but I can’t guess the figures, and that is one of the things we must do — find them, count them, help them. We are an uncivilised nation if we don’t because we have the resources.”
\n\nTom Rosenthal
Friday Night Dinner may well be the funniest British sitcom currently on our screens. The show revolves around a Jewish family who get together every Friday for dinner with always hilarious and surreal consequences. There are two sons played by Simon Bird (the nerdy one in The Inbetweeners) and Tom Rosenthal, who also happens to be a fine stand-up comedian. As a student he won several awards for his comedy routines, and in 2011 he was nominated as the Best Breakthrough Act at the British Comedy Awards. “This is my trophy, I won this for being Paramount’s funniest student” he said during a performance for the Chortle Student Comedy Awards in 2009. “I just brought this along for confidence.” Surely he doesn’t need any props now.

Brett Graham
Our All In One Ultimate Restaurant List was published earlier this month, and given that The Ledbury have scooped the top position for the third year in a row it stands to reason that their head chef, Brett Graham, should be on our list. The Australian-born chef has been at the helm of the restaurant since it opened in 2005, having previously worked at sister restaurant The Square. The Ledbury was awarded its second Michelin star in 2010; it’s also in the top ten of the World’s 50 Best Restaurants among a host of other accolades. So what makes it so great? A modern, accomplished menu with French influences, a discreetly elegant dining room and top notch service where the customer is always right. 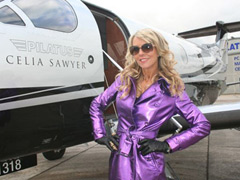 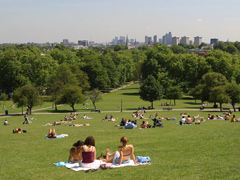 London’s best views
London is a cornucopia of great landmarks, icons, sights and vistas - but as the city is so expansive you sometimes struggle to fit it all in; well this is where we show you London's best views...