Soulful Emma Louise (S.E.L) joins us ahead of her Hideaway Club debut

A lady with an unstoppable talent.. 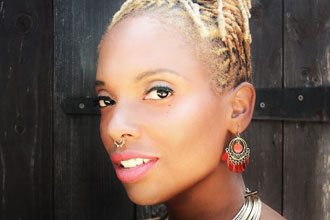 As Soulful Emma Louise (S.E.L) prepares for her debut Live show at Streatham’s iconic Hideaway Club, she takes us on a journey through her favourite music venues in London.

A lady with an unstoppable talent and the burning desire to take British soul music back to its roots, the former Soul II Soul singer headlined the Summer Soulstice Festival this summer and her new single ‘Teach Me'; with Tom Glide is out now on TGee Records.

1. Somerset House
This was the first big music venue I got to perform at and it was also the first time I was the support act for Soul II Soul. Singing on an outside stage in London is something special and it was an amazing experience.

2. Koko
This was where my raving days began! When it was Camden Palace…I used to be a real Soca music head and they used to put on a good night there called Cocoyea. My parents allowed me to go because it finished at midnight... not bad for a 16 year old(shhhhh) lol :-)

3. Jazz Cafe
What an iconic venue. I remember how much I loved Brian Mcknight in 2004 and my boyfriend at the time got me tickets to see him. Afterwards I snuck backstage and met him! With albums in hand, he signed them all for me. Collectors items. I have also performed there myself now with DJ Spen.

4. Wembley Arena
The first place I saw Janet Jackson...then I went on to perform there too with the Soul II Soul family.

5. Metropolis Studios
I just love the vibe of this place. I have recorded there before and we will be recording the vocals for my debut album here too. It’s such a relaxing vibe with Alist celebrities walking around and no one bats an eyelid. Lovely aura.

7. The Tabernacle
A place that I will always hold near to my heart. It was the first professional gig I performed at while at uni. I was in a neo-soul group called Soul Essence and I was soooo nervous! I love the location too. Right near Ladbroke Grove, where my nan lived and where my mum was raised.

10. Hackney Empire
Where it all started for me. Doing backing vocals with the Delroy Murray band on the 291 show. I have so much love for Delroy and he really loves what he does. If it wasn’t for him taking a chance and putting a young 3rd year music degree student in his professional band I would not have met the people that I did, in order to do more backing vocal work. Plus, Hackney Empire is such an iconic venue - not only for Hackney but for London!