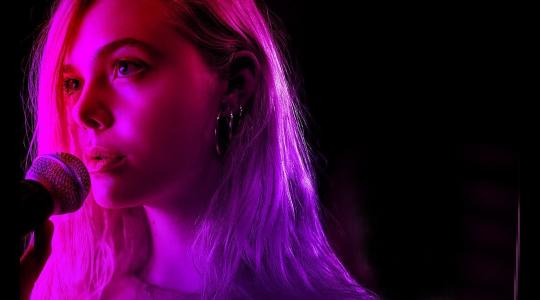 All films £9, except gala opening/closing films £15

Fragments Festival is a celebration of inclusivity through film. Bringing together incredible cinema from around the world and shining a light on underrepresented stories and filmmakers, Fragments turns London’s Genesis Cinema into a hub of international film, discussions, live music and special events between 7th - 15th June.

The inaugural Fragments Festival opens with a special gala preview of TEEN SPIRIT, a pop-fuelled spin on the Cinderella story starring Elle Fanning as a shy Polish immigrant living in England who enters a famous singing competition. The festival closes with the UK Premiere of SHE WHO MUST BE LOVED, the inspiring life story of Aboriginal activist and media figure Freda Glynn. Other festival titles tackle subjects including adoption, abortion, assisted-suicide, sex workers, gender norms, the representation of disability in film and TV, coming out as LGBTQIA+, visually impaired artists, and the rights and equality of “Satan worshippers”. There are stories of a forbidden same-sex relationship in a religious right-wing Jewish family, and within Spain’s gypsy community, African refugees fighting for a second chance at life, a period drama filmed in a rarely-spoken indigenous language of Pacific-coast Canada, and a queer-horror-thriller starring Vanessa Paradis that’s set in the world of gay porn. Plus there are shorts, Q&A’s, and parties.