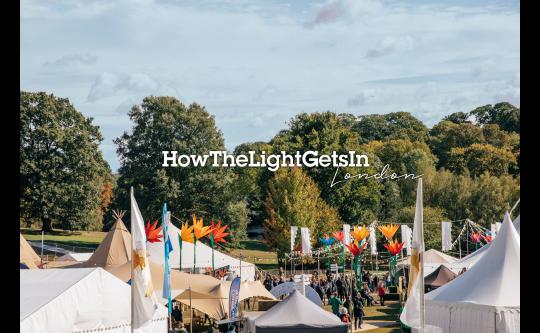 The world's largest philosophy and music festival, HowTheLightGetsIn, returns to the heart of London from 21st-22nd September. Hidden away on the top of Hampstead Heath in the stately grounds of Kenwood House, the festival will bring together the world's leading thinkers and a spectacular medley of musicians, performers and artists for one unforgettable weekend. Expect a fleeting oasis of ideas and imagination.

Centred around the theme of 'Uncharted Territory', the festival's debates cast an inquisitive look at the mysterious and exciting new vistas opening up before us.

They include 'Adventures in Space', on the new age of space exploration pioneered by billionaires and by the governments of India and China; 'Post Truth and New Lies', on the rise of fake news and the possibility of an overall truth; and 'The Strange World', on the presence of paradox in our most fundamental theorems, from quantum mechanics to set theory.