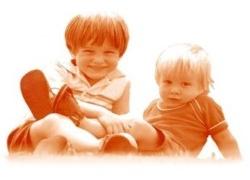 Meet the pals – Pete, Andy, Linda and Sue – in a hit new comedy based on the true story of four Brummy council estate mates growing up from the sixties to the noughties. Hitting on themes of nostalgia, pop, scouts, besties, bullies, beatings and sex, this show has it all! Written and directed by Nick Hennegan (Hamlet – Horatio’s Tale, Henry V – Lion of England and Guy Masterson’s A Christmas Carol) and featuring a brilliantly talented cast of four bright young actors, 'Pals' and its twin rep show 'Romeo and Juliet' hit London straight out of 5 star runs at the Edinburgh Fringe for the first time this September.

‘Highly recommended’... ‘A play about growing up. A rare combination of great writing and directing backed up with acting of the highest class’ - Edinburgh Fringe Review (Highly recommended featured show 2019)
‘Raw, painful, mesmerising. Audiences live for these moments’ ... ‘This is a winning team of talent’ - British Theatre Guide
‘Glorious hilarity. Exceptional!’ - Stage
‘If you see only one play this year, this is it!’ - Birmingham Mail
‘You’ll laugh your socks off and cry your eyes out!’ - Solihull Times