Try a little of London's Poutine 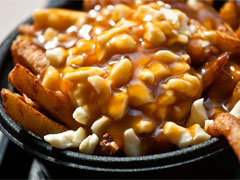 Specifically, though, it's from Quebec... so it's kinda French.

But the base of the whole dish is a delicious meaty gravy which was developed in the cantines and chip wagons specific to the neighbourhoods of Canada's largest provence... so it's definitely Canadian.

Although it does feature French fries. Which are, we must concede, intrinsically French.

Bottom line is, it's chippy, and meaty and sloppy and covered in cheese curds and it's God-damned awesome, man. Or très bon. Depending on your point of view. 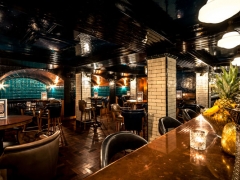 Head to the bar at HawksmoorSpitalfields for an Anglicised take on the Quebecois classic. Here they they serve up chicken poutine to soak up the cocktails, and in case you’re still hungry you can tuck into a mammoth steak afterwards. Their recipehas triple cooked chips, Westcombe Cheddar cheese curds, chicken gravy and chicken skins. 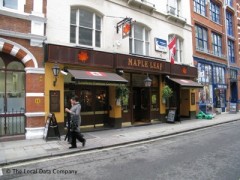 Being a Canadian venue it stands to reason they’d serve the country’s most famous dish. Here they have no less than eight different versions, including the Mexican with guacamole and salsa, the British with pulled pork and peppercorn sauce, and the veggie option with peas, mushrooms and red onions. 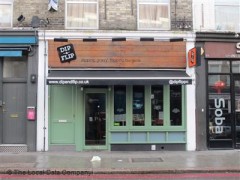 Dip & Flip are all about gravy, so all their burgers and meats are dipped or doubled dipped in broth made from the roasting juices of beef bones. To avoid confusion their menu lists poutine as simply “cheese, fries and gravy”, and you also have the choice to spice it up with green chilli and bacon. 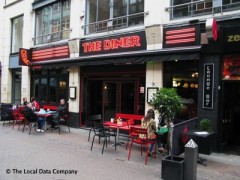 This popular American-style diner put their own twist on poutine. They’ve swapped old-fashioned potato chips for sweet potatoes, plus their gravy is made with bacon. Canadians may think is sacrilege, but we think it’s great. 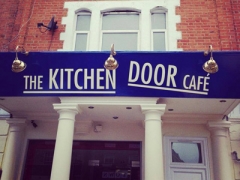 At this Canadian-inspired restaurant in Battersea they serve the original, unadulterated recipe: chips, beef gravy and melted cheese. Other Canadian delights include lobster in house sauce stuffed in a homemade biscuit, pancakes smothered in maple syrup, and the “Calgary Stampede”, a buffalo meat burger with bacon jam. 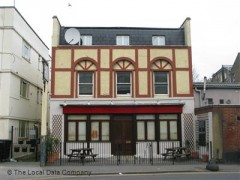 These street food traders pop up at places like Dalston’s Street Feast and Market House in Brixton. However their most ambitious project to date is a five week residency at the upmarket Zetter Hotel. Perhaps it’s not that suprising given that they gourmify their poutines, take for instance the duck fries poutine, where the fries are topped with confit duck, red wine gravy, in-house curds, chilli and herbs. It’s also a tester for their soon-to-open permanent restaurant.