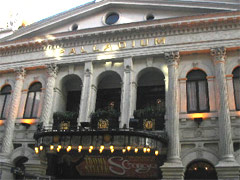 The wartime comics ‘The Crazy Gang’, made up of Jimmy Nervo, Teddy Knox, Bud Flanagan, Chesney Allen, Charlie Naughton, Jimmy Gold and Eddie Gray, began their long and distinguished career during the 1930’s at the London Palladium. The Crazy Gang played the Palladium from 1931 to 1939.

Large musical productions moved to the London Palladium during the 1980s. Yul Brynner’s celebrated version of ‘The King and I’ played here for a long and successful run. Michael Crawford, who famously played the Phantom in ‘The Phantom of the Opera’, starred in ‘Barnum’ at the London Palladium. Tommy Steele starred in an excellent and successful production of ‘Singing in the Rain’. Other successful shows include ‘Oliver!’, ‘La Cage Au Follies’, ‘Showboat’ and ‘Chitty Chitty Bang Bang’. 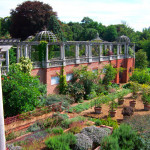 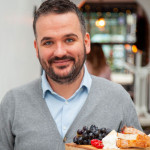